A Viking ship is to be excavated in Norway, for the first time in over one hundred years. The Gjellestad ship will be able to provide completely new knowledge about the Viking Age – thanks to modern technology and new archaeological methods. 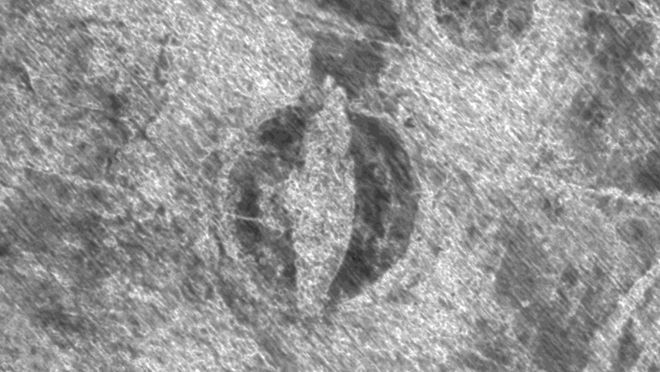 When they excavated the Oseberg Ship one hundred years ago, they did so using spades, wearing sixpences and tweed suits. Now archaeologists at the Museum of Cultural History are about to start excavating a new Viking ship – the Gjellestad Ship.

Last summer the museum and the county of Østfold (now Viken) conducted a preliminary survey of the recently discovered grave ship located next to the Jellhaugen burial mound in Halden, and the archaeologists were delighted when they discovered that the ship’s keel was preserved. However, samples taken also showed that the timbers of the ship had been attacked by fungi and were rapidly disintegrating. They urgently needed to remove the remains of the ship from the ground.

Excavation of the ship will take place in three phases. We will break ground on Friday, June 26, and officially begin the excavation on Monday, June 29. Once we have rigged everything up, we will spend the first three weeks sieving the topsoil which is lying above the ship, approx. 25-30 cm. It is possible that we will find iron rivets or objects which are lying out of their original positions after having been disturbed by modern ploughing.

We will then erect a tent above the impression of the ship so that the excavation work can take place under cover. The ship has been divided into two by a drainage ditch, so we will initially excavate the bow which is facing south, approx. 7 metres. The final phase will involve excavating the stern, and the burial chamber which is probably located in the centre of the ship. This is where we expect to find most of the remains left behind after the funeral.

A temporary conservation laboratory will be set up on site, and we expect the excavation to take five months. The excavation will not be open for viewing since it will be carried out under a tent. However, we will organize guided tours of the excavation, given that we can implement good, safe infection control measures. The public will also be able to follow our work closely on social media and online.

It is over 100 years since we excavated a Viking ship burial, so it is a very rare event. Archaeological methodology has come a long way since the Oseberg Ship was excavated in 1904. The Gjellestad ship was first discovered using geophysics, which is very useful in the planning and preliminary investigation of a find prior to excavation. Some of the modern archaeological methods we use include micromorphology (the microscopic study of soil layers), earth chemical analysis, aDNA and isotope analyses in order to reveal details about the objects.

Dendro-chronological dating of the keel enables us to date the ship to a period between the late 700s and the early 900s, which is also the time frame for the other major ship graves found in Eastern and Western Norway, such as the Oseberg and Gokstad ships.

The archaeologists are expecting to make many interesting finds in the grave. The surveys conducted last year were carried out in the part of the ship which is least preserved. So far no human remains have been discovered, but an important person of high social standing must have been buried here. We are hoping to find traces of the rituals which took place when the deceased embarked on his/her journey to the other side. Maybe we will find the remains of sacrificed animals like those found in the Oseberg and Gokstad ships.

The grave goods from other well-known ships are some of our most valuable Viking Age finds. We know that the Gjellestad Ship has been looted in the past, but we do not know when or what they took. However, archaeologists believe that there will be things left behind from the funeral rites. It looks like the looting was carried out through a tunnel on the western side which went down in to the middle of the ship, so any objects in the bow or stern have probably not been touched. There could be many exciting things there!

The type of grave goods that the archaeologists might expect to find will depend on whether the deceased was a man or a woman. In a man’s grave we would expect to find weapons, while jewellery would be more likely for a woman. Both however, would be accompanied by utensils such as buckets, pails, cups and bowls.

The best preserved items will probably be those made from precious metals such as gold and silver. Glass and gemstones are also able to withstand the test of time, while iron is more prone to degradation. We believe it is unlikely that any precious metals will be found, as the grave was looted.

We will be implementing infection control measures during this project by ensuring that everyone has their personal protective equipment and maintains social distancing while at work.