The archeology and history of Avaldsnes 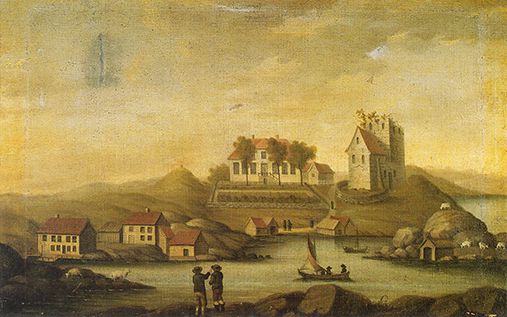 Avaldsnes in the written sources

Avaldsnes is described as a royal manor both in the Sagas of Kings and the somewhat more mythical “Fornaldersagaene”. The name is possibly derived from Augvald – allegedly a king in the 6th/7th century. His name has been interpreted to mean, among other things, “ruler of the coast”, a clear indication of the strong connection between the farm of Avaldsnes, the royal power and the control of the coastal area and waterway. 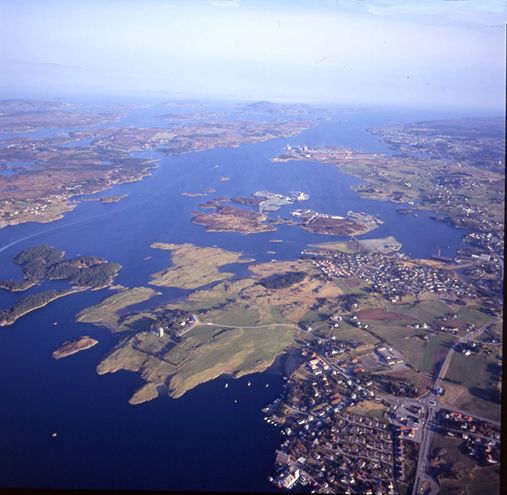 The "North-Way" towards the south. Photo: Erik Kallevik

Avaldsnes is mentioned in connection with events taking place while various kings have had residence on the farm. Among the most well-known events is one from Snorre’s Olav Trygvason’s saga, where the king executes a number of seidmenn (wizards) by tying them to a reef close by. The reef was overflowed when the tides came in.

On the mainland, on the eastern side of the strait of Karmsund, there is a monument consisting of five standing stones. An initial function as a funerary monument is indicated by an urn grave from the Roman Iron Age, but a much later myth tells the story of the Saintly king Olav (995–1030) who, when sailing through the strait, chastised a group of five maidens who were offering themselves to the king and his followers. According to the myth the maidens turned to stone and stand there to this day, hence the name of the monument: The Five Wayward Virgins. 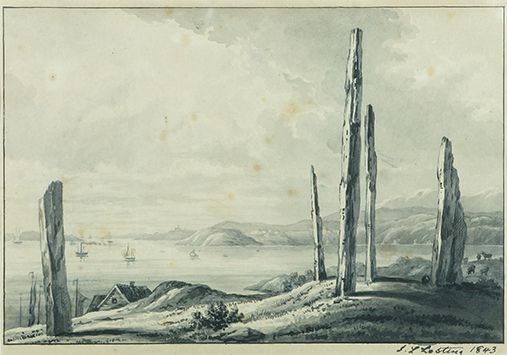 The mentioning of Avaldsnes in relation to several kings stresses the place’s position as one of the central royal manors in Western Norway during the late Viking Age and parts of the Middle Ages. This is further accentuated by the construction of St. Olav’s Church in the 13th century and the fact that it achieved status as a royal chapel. As such it filled important functions of the royal administration. As the administrative centres gradually shifted to the cities during the late medieval period, the kings’ residence at Avaldsnes became rarer. The farm was eventually turned into a regular vicarage, which it has remained ever since.

The Archaeology at Avaldsnes

The farm of Avaldsnes is strategically placed at Karmøy on the western side of the narrow strait Karmsund. This location was well suited for controlling travel and trade, thus allowing for accumulation of wealth and power. The Avaldsnes area’s significance in the landscape of power and politics is clearly visible far back in time, for example by rich deposits from the late Stone Age, approximately 1800 BC and the Bronze Age grave field with monumental mounds at Reheia. 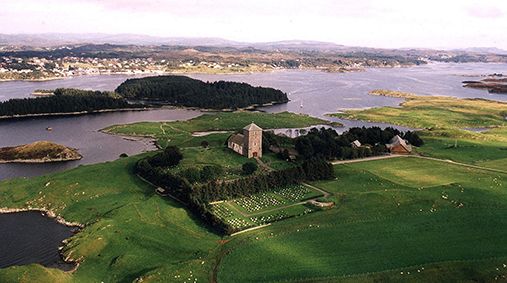 The construction of large funerary monuments continued into the Iron Age. The grave gifts from the mound Flagghaug at Avaldsnes make up the richest grave find from the Roman Iron Age in Norway, possibly in Scandinavia, and contained, among other things, imported bronze vessels and a Roman sword of the gladius type. In the Late Iron Age the two ship graves in the mounds Grønhaug and Storhaug, both of which are farms situated just north of Avaldsnes, demonstrates that the area remained a centre of power throughout this period. In the medieval period the aforementioned church of St. Olav was built. Throughout history, there have been several power centers similar to Avaldsnes in different parts of Scandinavia. What makes the Avaldsnes area unique, however, is the long timespan in which the area seems to have held such functions of power and control: roughly 3000 years. 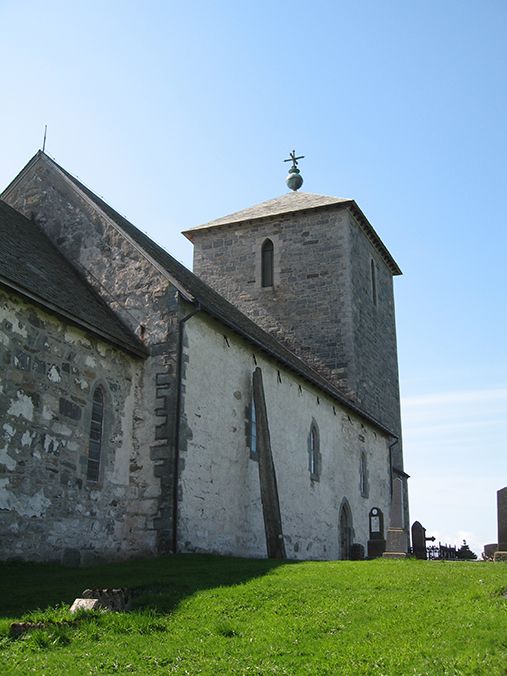 During the last 20 years several small archaeological investigations have been carried out at Avaldsnes. This work has resulted in finds of traces of settlements both from the Iron Age and the medieval period situated on the flat surfaces in the highest parts of Avaldsnes. Remains of harbors, docks, boathouses and shipwrecks have also been found at Gloppe, the Avaldsnes harbour. Most of the cultural heritage sites in the harbour area date from the medieval period or later, but one of the boathouses has provided an Early Iron Age dating. This shows that not only was there a long-lasting settlement at Avaldsnes, but also that the natural harbour has been in continuous use throughout the area’s history. 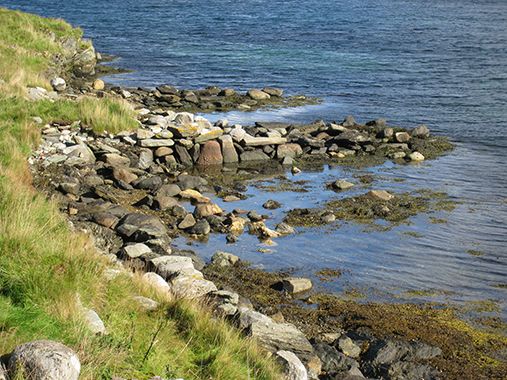