The research group PrehCOAST at the Museum of Cultural History (MCH) is part of the International Research network (IRN) «PrehCOAST – Coast-inland dynamics in hunter-gatherer societies». This network aims at studying the role of prehistoric coastal zones – as connector of the sea and the inland – in an international, comparative and interdisciplinary perspective. 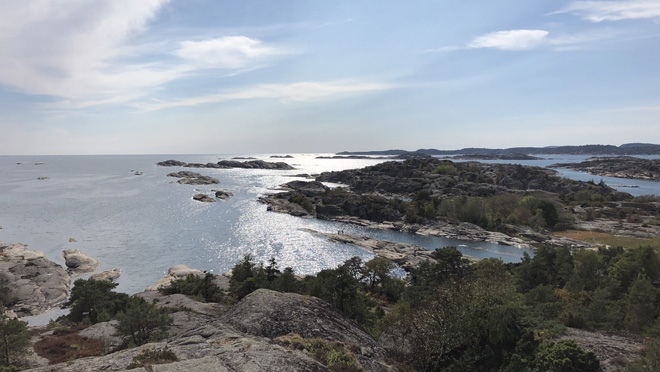 The IRN PrehCOAST explores, on a European scale, research questions connected to the changing significance of coastal areas in the Stone Age, from hunter-fisher-gatherers’ often intensive focus on marine resources in the Mesolithic, to the establishment of agriculture with more attention to hinterland and inland in the Neolithic. Within the frame of the IRN, different coastal areas in Europe are compared from an archaeological perspective, amongst them Latvia, Western France, Northern Spain and Southeast Norway. Geographically and geologically, these regions differ considerably, with varied preservation conditions for different types of archaeological material. Furthermore, these regions exhibit disparate cultural, economic and social situations in the Stone Age. By comparing the different situations, innovative perspectives on the human use of coastal zones in the Stone Age can be developed. PrehCOAST therefore works explicitly with theoretical and methodical approaches, to raise consciousness of and clarify the usage of terms and epistemological approaches in the different regions, which have rather different research traditions.

Archaeological material from Southeast Norway has a special potential to shed light on the human use of the coastal zone during prehistoric times. Due to the constant processes of land uplift since postglacial times, Stone Age coastal areas are today located on dry land – different to most other areas in Europe. Development led excavation conducted by MCH in the last two decades has yielded a large number of Stone Age sites which were placed close to the coast during their prehistoric use. They stress the importance of marine resources throughout the Stone Age. By activating this specific material our research group will contribute to the international, comparative focus of the IRN by dealing with the following aspects:

The research group organises working seminars, workshops and publishes articles – in close exchange with the international PrehCOAST-network. We also aim at imparting knowledge about the Stone Age in the prehistoric coastal zone to a broader public.