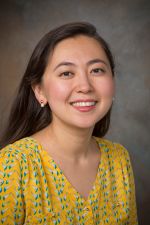 Could not get user data from external service
Press photo

Ainur "Aina" Begim is a sociocultural anthropologist with research and teaching interests in economic and political anthropology, finance, natural resources, entrepreneurship, gender, Eurasia and Norway. Her first book project, supported by the United States National Science Foundation and the MacMillan Center for International and Area Studies at Yale University, concerns financial markets, oil politics, and the state in the former Soviet Union. Aina received her B.A. degree from Bates College and her M.Phil. and Ph.D. degrees in Anthropology from Yale University. In 2016-2017 she was a postdoctoral fellow at the Center for Russian and East European Studies and the Graduate School of Public and International Affairs at the University of Pittsburgh. Prior to graduate studies, Aina worked as a credit analyst on Wall Street.

Aina is affiliated with the Cultures of Finance Group and “Oikos” Working Group, Institute for Public Knowledge (IPK), New York University, and the Center for Russian and East European Studies, University of Pittsburgh.