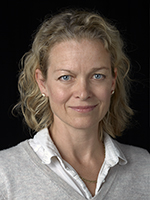 I have worked with Aboriginal people in Australia, with Southern and Northern Sami people in Norway as well as Yupic people in Alaska. My fieldworks concern classic themes associated with indigenous peoples such as land rights, political processes, natural resource management, cultural heritage, world heritage and self-determination.

My approach to these themes often concern how history, land, environment and identity are enacted. As an anthropologist I emphasise learning through practice, regardless of whether I take part in subsistence activities, in negotiations with authorities or scientists. I am interested in how people engage with nature, taking into account the ontological and epistemological foundation for knowledge as practiced.

Indigenous peoples knowledge of nature is local, but also much more than that, it is continuously shaped by national and international management of nature and culture. As a researcher I am interested in connections between intervening nature knowledges, such as those occurring between indigenous peoples, managers and scientists. Therefore I have also engaged in fieldwork on genetic research, salmon biology and natural resource management.

My projects are influenced by the postcolonial, both in choices of methodological approaches, but also with regard to an ambition to contribute with new stories into an existing anthropological field.

2012-2009. Postdoctoral fellow. "Newcomers to the Farm: Atlantic salmon between the Wild and the industrial" (NFR). Department of Social Anthropology, University of Oslo.