The museum's name and logo revealed

The new museum at Bygdøy is to be called Museum of the Viking Age. The three Viking ships in the logo honour the main attractions in the outstanding cultural history collection. 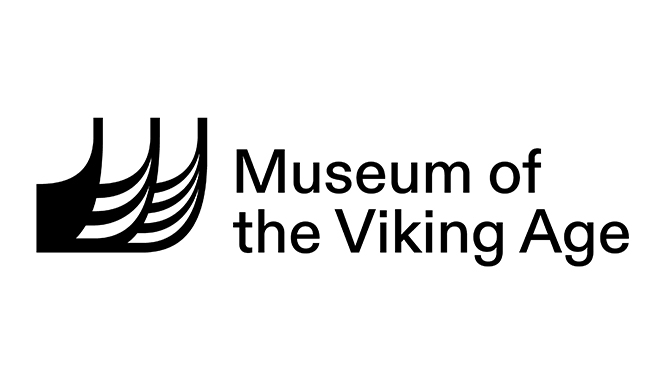 Horizontal variant of the English language logo: Museum of the Viking Age

Museum of the Viking Age at Bygdøy will be the world’s most important centre for the dissemination of knowledge about the Viking Age when it opens in 2025/2026.  When developing the name and logo, the focus has been on the content and services in the new museum.

The museum is part of the University of Oslo, and will be a new type of research museum where visitors can immerse themselves in the Viking Age and enjoy an outstanding aesthetic experience. The museum will surprise and challenge visitors by providing new knowledge, new perspectives and new discoveries.

“The decision to name the museum Museum of the Viking Age was taken because the museum will provide a detailed view of many aspects of society that characterised the Viking Age. When visiting the world's foremost Viking Age collection, the public will gain insight into everything from daily life to major societal changes that characterised this period,” says museum director Håkon Glørstad.

Museum of the Viking Age is the English version of “Vikingtidsmuseet” as it will be known in Norwegian.

Museum of the Viking Age will house the world's three best-preserved Viking ships. The ships symbolize many important aspects and characteristics of the Viking Age, including travel, trading, plundering, cultural encounters, technological development, craftsmanship and aesthetics.

The logo shows three stylized Viking ships which appear to be both in motion and static. The symbol is modern in appearance while also referencing an ancient tradition of craftmanship.

The logo and name have been developed in collaboration with the design agency Bleed.

Internationally, there is tremendous interest in the Viking Age, and the Viking Ship Museum at Bygdøy has been Norway’s most visited museum for many years.

“One of the main goals of the new museum is to secure cultural heritage for future generations as well. The museum will also offer the public a unique encounter with the Viking Age. I feel that the name and logo will give the public an understanding of what they will find in the new museum,” says Håkon Glørstad. He is sure that Museum of the Viking Age will be a magnet for visitors thanks to its unique exhibits, exciting experiences and professional strengths as a research museum.

The new museum will be built as an extension of the current museum at Bygdøy, and will be three times the size of the current building. In total, the new museum will cover about 13,000 m2, including 5,500 m2 of exhibition space. In addition to the exhibition rooms, there will be a shop, restaurant, event facilities and a museum park which will be an integral part of the museum experience.

The Ministry of Education and Research has commissioned the state building agency, Statsbygg, to plan and build the new museum complex. AART architects are responsible for the design.

A feasibility study for the building has been completed and quality assurance procedures carried out. The construction project received start-up funding in the 2020 The National Budget and detailed planning will take place through 2021.

You can download illustrations and find further information about the museum on the Museum of the Viking Age website.