Food in the Middle Ages

In the Research project FOODIMPACT, we will take a closer look at medieval fish. What kind of fish was available to the population of Oslo in the middle Ages?

During this period, Oslo gradually became part of a larger international trade network. The city became a trading post (Factorie) for the Hanseatic League in the 14th century.

Stock fish or dried cod was according to both written and archaeological sources the most important commodity of trade. The stock fish was exported from Norway to different parts of Europe. How much fish did they eat in the Norwegian towns? Did the town dwellers have easy access or was most of the cod exported out of the country? How important was local fish in the diet and what species did they eat? Can the remaining fish bones tell us anything about how the fish was cooked? 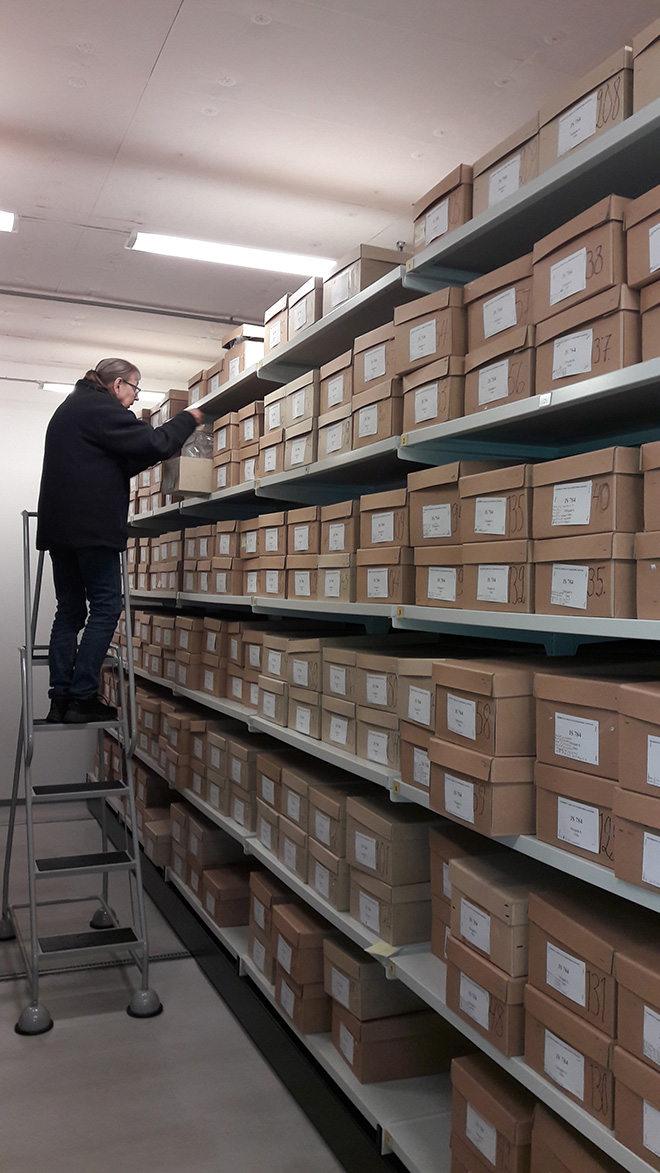 Now we are looking up cod bones that were found during excavations of Oslogate 6 in the 1980s. These will be examined by using several different methods. Genetics will be studied  by using isotope and aDNA analyses. The fish bones from Oslo will then be compared to similar studies from Bergen and London.

First, the  right bones must be identified and selected in the storerooms at the University Museum in Bergen. This is a big job. As many as 950 boxes of animal bones were collected from the excavations at Oslogate 6. Professor Anne Karin Hufthammer now makes a selection of bones. The next step will be to plot new information into the database. Each selected bag is examined to check information about the find context. Then she will choose which bones we will examine further. Both the size and dating of the bone will count in the selection of bones for further examination.

By Marianne Vedeler
E-mail this page

About Food in the Middle Ages

On this blog, we’ll talk about what kind of food people ate in the Norwegian Middle Ages by shining a light on local cultivation and recipes. We will show results from the research laboratories and exciting artifacts from our collections that tell of a diverse food culture, especially in the medieval towns, which consisted of so much more than just meat and porridge.