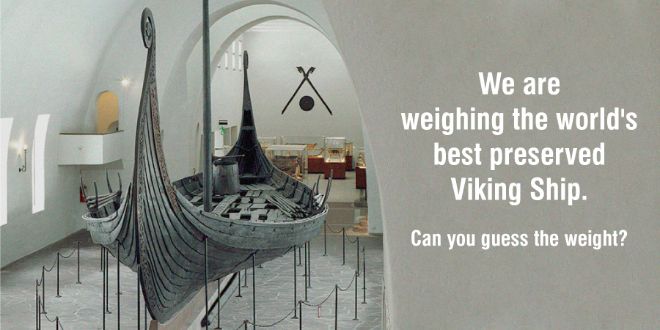 In a couple of years, the Oseberg ship is moving into the new Viking Age Museum. As part of the preparations for its final trip, the world's most beautiful Viking ship is going to be weighed this winter.

How much do you think it weighs? (Form is closed) We are looking for the boat's total weight, including all the items on board.

The first prize is a handmade wooden model of the Oseberg ship. Two runners up will each win a woollen blanket with a Viking ship motif.

The ten closest answers will each win a 12-month free pass to the Viking Ship Museum and the Historical Museum.

The Grand prize is a handmade model of the Osebergship.