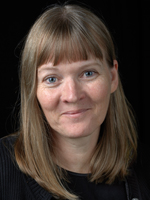 PhD, Department of Archaeology, Conservation and History, Faculty of Humanities, University of Oslo, 2017.

The social technology - Technology and traditions in Northern Europe by the end of the Ice Age, 10,900 - 8500 BC

Summary: The thesis discusses how technology can form the basis for studies of social relations in prehistoric societies, and is based on theory about the relationship between technology, action and society developed within French sociology and ethnology. This forms the basis for a study of the long-term development of social relations and organization of the society in Northern Europe in Final Paleolithic and Early Mesolithic. The study also encompasses the social processes during the first settlement of the Scandinavian Peninsula. The empirical basis is a comparative technological analysis of production waste and stone tools from 20 Stone Age sites in northwestern Germany, Denmark, western Sweden and Norway. The study encompasses chaîne opératoire analysis, dynamic – technological analysis and attribute analysis. A study of variations in methods for the production of blades and blade tools between archaeological groups (Ahrensburg culture, Early Maglemose, Fosna, Hensbacka and Phase 1/Komsa), form the basis for identifying technological traditions.

The analysis shows a development from standardized and uniform production concepts in Final Paleolithic, to varied and flexible concepts in Early Mesolithic. At the same time, the basic technological concepts were maintained throughout the period. On this basis it is possible to outline the social development: In Final Paleolithic, the population was small and dispersed, but connected by social networks across large distances. Further, the study indicates that there was both a continuity of, and increase in, the population around the transition to Early Mesolithic. A close technological relationship between the Early Mesolithic groups shows that social networks were already established at the time of the settlement of western Sweden and Norway. During Early Mesolithic, a process of regionalization appears to have begun. Immigration and settlement on the Scandinavian Peninsula in Preboreal took place as a gradual expansion, through the establishment of family groups and enlargement of territories.