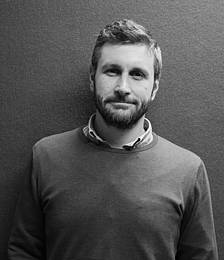 Dell'Unto's research focuses on the investigation of new methodologies for 3D documentation, visualization and analysis of archaeological sites.

Nicolo´ Dell’Unto studied archaeology at the University of Rome, La Sapienza. Upon completion of his Masters, he had a joint appointment as a research assistant at the Institute for Technologies Applied to Cultural Heritage, ITABC-CNR, Italy. There, he took part in several international projects for 3D documentation and visualization of archaeological sites through the use of digital techniques. Later, he obtained a PhD in technologies and management of cultural heritage at the Institute for Advanced Studies, IMT Lucca, Italy. He also worked as a postdoc and lecturer at the University of California Merced before his current position as Associate Professor at Lund University. Since August 2019 he joined the  Department of Collection Management at the Museum of Cultural History.