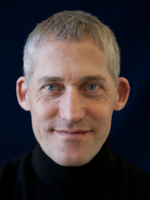 Money and coinage, political organization and the sociology of money have been central to my research. The starting point has been the Greek city-states (poleis), and on how the monetary system was anchored in political institutions and decision-making processes. The symbolic function of money, as an identity marker and political symbol, has also been addressed. Urbanization and the establishment, growth and decline of cities have also been a key research topic. Through fieldwork at several Mediterranean localities, the field of interest has expanded to also include Late Roman and Byzantine settlements. The connection between holy places and the use of money is another key research area, where comparative studies from early Greek city-states, Byzantine cities and Medieval Norwegian churches are key points.

Another area of ​​interest, and ex officio area of ​​responsibility, is international trade in illicit cultural objects. I co-operate with the police, customs, directorates and ministries, and participate in consular work on legislation, guidelines and handling routines for such cases, nationally and internationally. The network includes active participation in NGOs as ICOM and Blue Shield.

1984-1985 Social Sciences, Ex.Phil. and Phonetics and Linguistics, University of Tromsø

Head of Department, Department of Numismatics and Classical Archeology, UiO, 2017-2018

Teaching including topics as landscape and urbanity in antiquity, monetary history in antiquity and in Byzantine times, money and sacred places, social archeology, cultural crime, museum and heritage studies.