The Runic Archives comprise documentation and research materials on Norwegian runic inscriptions, dating from as early as the mid-100s to the 1400s-1500s. 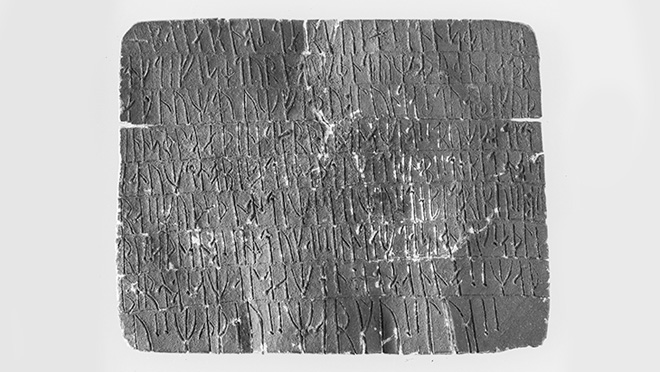 The Runic Archives were established toward the end of the 1800s, when the runological portion of the topographic archive of the University’s Collection of National Antiquities was separated to form an independent archive. The archives were used by philologists such as Sophus Bugge and Magnus Olsen in their studies of Norwegian runic inscriptions. The archives’ first director, appointed in 1948, was Aslak Liestøl, followed in the years 1985-2017 by James E. Knirk. The head of the archives has served as editor of the national corpus of inscriptions, Norges Innskrifter med de yngre Runer. The periodical Nytt om runer: Meldingsblad om runeforskning (News about Runes: Bulletin of Runic Research) was published by the Runic Archives from 1986 to 2004.

Currently work is carried out on incorporating the materials of the Runic Archives in the general archives of the Museum of Cultural History, with emphasis on the digitalization of the documentation and research materials. The academic responsibility for the archives lies with Kristel Zilmer.

Many types of material

The archives comprise documentation and research materials (photographs, drawings, copies, reports, descriptions, notes, manuscripts, database registrations, etc.) and collections of offprints of articles. They also hold materials relating to the management of runic objects in the archaeological collection of the museum and in the district in which the museum is responsible for archaeological activities.