The Collection of Egyptian antiquities 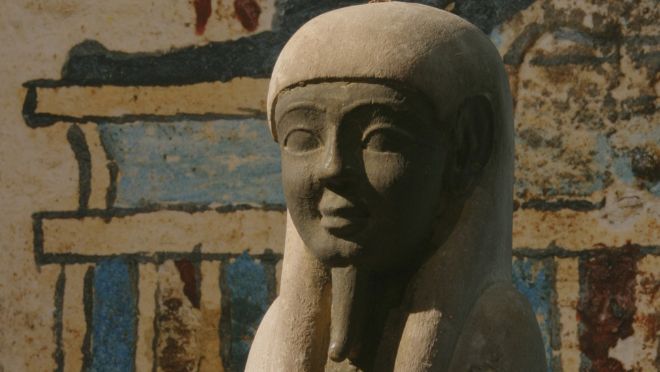 The Egyptian objects in the Museum of Cultural History arrived as donations. Most came during the 19th century, when European museums built large Egyptian collections. The last Egyptian artefact arrived in 1962.

The mummy Dismutenibtes came from Thebes. It was acquired by the Armenian Giovanni Anastasi, who was the consul general of Norway-Sweden in Alexandria. The mummy was donated to the Royal Frederick University (now the University of Oslo) in 1838.

The mummy we call "Nofret" came from Akhmin. In 1889, it was presented to King Oscar II by German Egyptologist Heinrich Karl Brugsch. The king gave the mummy to the University’s ethnographic collection.

The Museum's largest single collection from Egypt originates from a huge cache discovered in Deir el-Bahri in 1891. Over 150 priestly mummies had been hidden in ancient times. When they were discovered, it was impossible for the museum in Cairo to take care of such a large find.  The artefacts were therefore distributed among several European countries, as gifts from Khediv Abbas II of Egypt. That is how two yellow sarcophagi from the 21st dynasty of Egypt came to be in Norway.

Today, the Museum of Cultural History does not actively acquire antiquities. The 1970 UNESCO Convention regulates the trade of cultural heritage. Norway ratified the convention in 2007, and Norwegian legislation complies with its recommendations.