Towards a European research infrastructure for heritage science.

The EU project IPERION-HS (2020–2023) is preparing the establishment of a permanent European research infrastructure for heritage science under the name E-RIHS. Extensive groundworks have already been made in the last 20 years through milestone projects spanning across four Framework Programmes (Labs-TECH, Eu-ARTECH, CHARISMA, IPERION-CH). 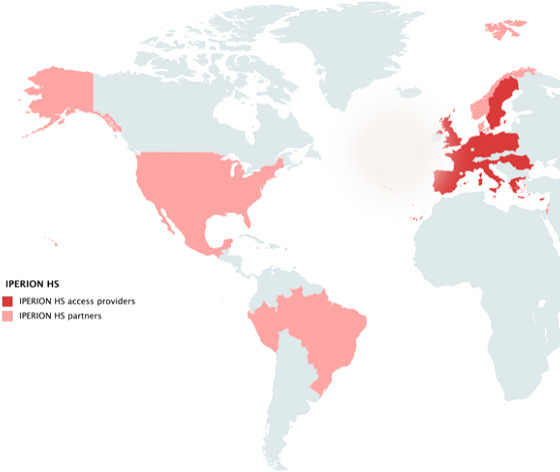 This is the first time a Norwegian partner participates in the consortium: KHM is the national node aiming to involve a growing number of Norwegian Institutions. IPERION HS, in fact, consists of partners from 23 countries clustered around 24 national nodes. The collaboration will help Norwegian institutions to establish their own national infrastructure.

IPERION-HS offers researchers access to collections, advanced analysis equipment and expertise at 52 facilities from 67 organizations in Europe, such as isotope analysis, neutron accelerators and advanced image analysis equipment. The project will have two calls a year, and everyone who works with public cultural heritage can apply.

Since 2002, the European Council has promoted the establishment of European research structures in all disciplines through ESFRI processes. (ESFRI stands for European Strategy Forum on Research Infrastructures.) A successful ESFRI process results in the establishment of a (distributed) infrastructure in the form of an ERIC (European Research Infrastructure Consortium), an organization funded by contributions from participating countries. An already existing example of an ERIC in the humanities is the Consortium of European Social Science Data Archives (CESSDA, https://www.cessda.eu/), for which Norway is the host country.

IPERION-HS and the previous project IPERION-CH prepare E-RIHS in a more applied way: the partners develop criteria and quality assurance procedures for national facilities to be part of the European infrastructure, data management routines and access procedures.

IPERION-HS offers now the possibility of access research facilities available at project partners. 58 facilities are grouped in three platforms named ARCHLAB, MOLAB and FIXLAB for a total of 150 techniques. The access is obtained through calls for proposals. Calls are opened twice a year and open to researchers from all non-commercial institutions. Proposals are reviewed and accepted projects are fully funded.

Norwegian partners are invoved in research activities, the development of the electronic research infrastructure, and dissemination of the project.

While IPERION-HS is not a research project strictu sensu, several research activities are included in its work package 5 (WP5). This WP develops methodologies and guidelines for innovative studies of heritage assets. Hartmut Kutzke (UiO-KHM) and Irina Sandu (Munch Museum), together with Ljiljana Puskar (Helmholtz Institute, Berlin) participate in the task dealing with methodological and instrumental research applications for preventive conservation. In particular, they contribute to developing and testing monitoring methods/tools and databases for the preservation of oil paintings.

Espen Uleberg and Ermias Tesfemariam (both UiO-KHM) participate in IPERION's DIGILAB working group. Bettina Ebert (UiS-AM) participates in the task that promotes the involvement of research community studying the built environment. Lavinia de Ferri is responsible for the management and dissemination tasks at coordinator UiO-KHM.

UiO-KHM participates in IPERION-HS on behalf of, and as coordinator of, the cultural heritage field throughout Norway. This is the first time a Norwegian institution formally participates in an E-RIHS initiative. The experience gained at the European level and at national level in other countries helps us to establish a Norwegian distributed infrastructure for cultural heritage research. Through IPERION we gain access to both networks and documentation. By participating in some of the project's working groups, the research community in Norway becomes better acquainted with E-RIHS, which Norway can eventually become part of.

Our share in IPERION finances a few months' work at KHM for coordination, research and e-infrastructure. In addition, we can support researchers from all Norwegian institutions participating in IPERION's activities with reimbursement of travel expenses and the like. We therefore encourage interested researchers from all cultural heritage partners to study IPERION's website and project description, and report interest to l.de.ferri@khm.uio.no.

As a first step towards the establishment of a national research infrastructure, UiO-MCH coordinates a consortium and submitted an infrastructure grant application to the research Council of Norway in November 2020, under the project name SciCult. An inventory of current facilities that we plan to integrate into the national distributed infrastructure can be found under the link at the bottom of this page.