Exploration, the media, and the Body: Sensuous Geographies of Ocean Research

SENKU is co-hosting The 8th Norwegian Conference on the History of Science, which is Corona-postponed until 2021. In lieu of the 2020-conference, the organizing committee have organized two webcast panels to adress current issues in the history of science. This is the second. No pre-registration: Join the event here. The discovery of the world beneath the waves in the twentieth century was not only a scientific, but also a sensory endeavor. Diving and filming pioneers like Hans Hass and Jacques-Yves Cousteau dived down underwater, explored the underwater environment and brought pictures of the newly discovered world back to the public on land. This example, the history of underwater film, can be seen as imaginative colonization of one of planet Earth’s final frontiers. This panel wants to discuss media experiences of underwater worlds and how the human body was part of them. The geographer Yi-Fu Tuan has shown that “a yearning for sublime experience” motivated many travels into remote and unexplored regions. Tuan’s research field of sensuous geographies enables us to take the “human nature” of the explorers into account. How were the bodies and the senses engaged in the production of underwater worlds?
This panel considers the ocean not only as a geographical, but also as a sensory frontier. The production of underwater narratives and images was dependent on the capabilities and limitations of the human body as well as on the media the explorers used. How did the sensuous geographies of the underwater world influenced their imaginative power? How did body experiences and narratives contribute to ocean exploitation and/or an understanding of the ocean as ecosystem? I would like to discuss further, if and how particular sensuous geographies of underwater environments emerged in ocean narratives (films and other media) and if and how they differed from imaginations of terrestrial landscapes.

The 45 minutes lecture will be followed by a panel conversation moderated by Thomas Brandt,

Brandt is a professor in History at the Norwegian University of Science and Technology (NTNU) in Trondheim, and is currently involved in a interdisciplinary research project titled  “The High Seas and the Deep Oceans: Representations, Resources and Regulatory Governance.” He is member of the program committee of the 8th Norwegian Conference on the History of Science.

For any queries regarding the webcast panels or the postponed conference, please check the conference website or contact: norvithist@outlook.com 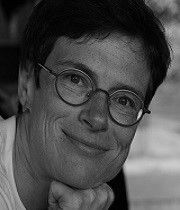 Franziska Torma is a Research fellow at the Rachel Carson Center in Munich. She works on the history of marine biology. Her research interests include the history of science, and the cultural and environmental history of the nineteenth and twentieth century.  She has published on the history of mountaineering, animal protection issues in Africa, on Germany and the oceans, and on the broader field of colonialism.

Tirza Meyer is a post-doctoral fellow at the Norwegian University of Science and Technology (NTNU) in Trondheim, where she also completed her Ph.D. in history on Elisabeth Mann Borgese and her role in the United Nations Law of the Sea Convention (1958-1982). Meyer is currently Visiting Scholar at the Oslo School of Environmental Humanities with the project "Humanoid Oceans".

Tuomas Räsänen is Adjunct Professor at the University of Turku School of History, Culture and Arts Studies. Räsänen completed his Ph.D at the University of Turku on the Baltic marine environmental crisis, and has since then been especially concerned with Baltic marine animals and their relationship to humans. Räsänen is now working on a project titled “Co-living with the Sea”.

Gregory Ferguson-Cradler is Associate Professor at Inland Norway University of Applied Sciences at Lillehammer. He completed his Ph.D. in history at Princeton University with a dissertation titled Liberalism in Numbers Only: Science, Politics and State Power in Postwar Global Fisheries Management. Ferguson-Cradler is currently engaged in a research project examining the nature of electricity markets across Germany, Norway, and Russia.