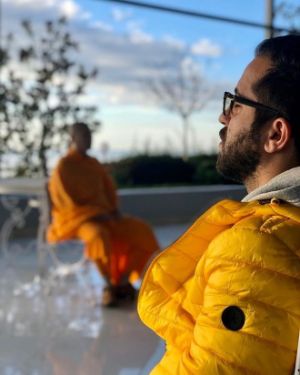 Quite a few Muslims drink alcohol, practice yoga, visit churches, or believe in UFOs, Buddha, or LGBT+ rights. This should not come as a surprise: an important driver of religious change historically is intra-religious disagreements, and all over the world we find Muslims who disagree with other Muslims on what a good Muslim is, does or looks like.

European history has many examples of Muslim individuals or groups who circumvent or challenge established religious categories. Such aspects of Muslim lives and identities have nevertheless been overshadowed by essentialising, normative images of Islam and a by minority of “hypervisible” Muslims. The many Muslims who are less vocal about their identity as Muslims, on the other hand, and sometimes referred to with slippery terms like “cultural”, “secular”, or “moderate” Muslims, tend to escape public attention. We also have less knowledge of their actual beliefs, practices and values.

This presentation will illustrate how Muslims draw on a variety of symbolic resources, adapt, and make sense of religion in their own way, with focus on two types that I loosely define as “crypto” and “New Agey” Muslims. While these cases might seem curious, they help us grasp the way factors like globalization and migration shape individual approaches to religion in the 21st Century.

The presentation is part of the ongoing research project Mobile Muslims and Invisible Islam (MMII) at the Study of Religion at the Faculty of Humanities at the University of Oslo.