The forms by which a deceased person may be brought to rest are as many as there are causes of death. In most societies the disposal of the corpse is accompanied by some form of celebration or ritual which may range from a simple act of deportment in solitude to the engagement of large masses of people in laborious and creative festivities. 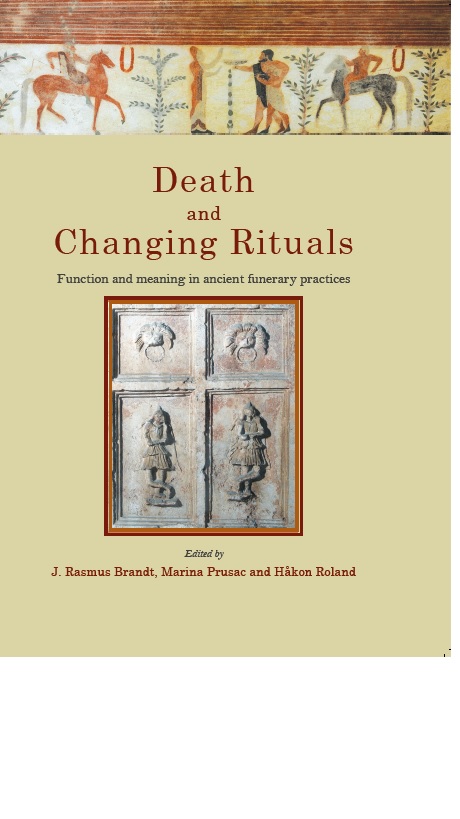 In a funerary context the term ritual may be taken to represent a process that incorporates all the actions performed and thoughts expressed in connection
with a dying and dead person, from the preparatory pre-death stages to the final deposition of the corpse and the post-mortem stages of grief and commemoration. The contributions presented here are focused not on the examination of different funerary practices, their function and meaning, but on the changes in such rituals – how and when they occurred and how they may be explained. Based on case studies from arange of geographical regions and from different prehistoric and historical periods, a range of key themes are examined concerning belief and ritual, body and deposition, place, performance and commemoration, exploring a complex web of practices.

1. A Proper Burial. Some Thoughts on Changes in Mortuary Ritual and how Archaeology can begin to understand them 1
Liv Nilsson Stutz

2. Neolithic and Copper Age Mortuary Practices in the Italian Peninsula. Change of Meaning or Change of Medium? 17
Andrea Dolfini

5. Passage to the Underworld. Continuity or Change in Etruscan Funerary Ideology and Practices (6th–2nd Centuries BC)? 105
J. Rasmus Brandt

6. “Whether by Decay or Fire consumed …”: Cremation in Hellenistic and Roman Asia Minor 185
Sven Ahrens

9. Commemorating the Dead in North Africa. Continuity and Change from the Second to the Fifth Century CE 269
Eric Rebillard

10. Churches and Graves of the Early Byzantine Period in Scythia Minor and Moesia Secunda: The Development of a Christian Topography at the Periphery of the Roman Empire 287
Irina Achim

14. Changing Beliefs about the Dead Body in Post-Medieval Britain and Ireland 399
Sarah Tarlow