The Collection of Classical Antiquities

The Museum of Cultural History has Norway’s largest collection of antiquities, comprising objects from various Mediterranean cultures dating back to prehistoric times and up to the Middle Ages. 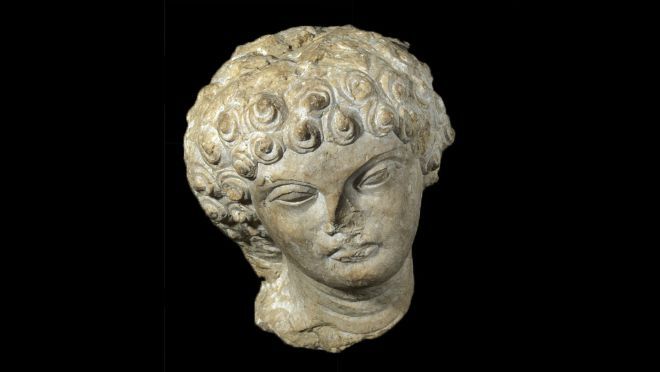 Objects made from marble, bronze and other metals, ceramic, glass, textiles and fragments of stucco and mosaics provide the visitor with a fascinating insight into the many different cultures from ancient times.

The largest collection in the Museum’s Collection of Classical Antiquities was assembled by the rich, exiled Russian, Baron Plato von Ustinov. Other important donations have been made by the archaeologists and collectors, Arvid Andrén and Ingvald Undset. Other minor donations have been made by private collectors from the first decades after historian P. A. Munch introduced the idea of a museum of antiquities in Norway. Most public collections of antiquities in Europe and North America were founded in the 19th century to collect objects from ancient cultures.

Baron Plato von Ustinov was an adventurer with grandiose visions. After a long and convoluted journey, he settled in Jaffa, now Tel Aviv, where he decided to open a museum of archaeology. His particular field of interest was inscriptions, but he also collected sculptures, grave goods such as glass and ceramics, and other antiquities in the Middle East, around the time of the turn of the 20th century. After Ustinov’s death, his collection was sold at auction in London. The buyers were three Norwegian businessmen, under the guidance of Johannes Sejersted Bødtker, who later sold the collection to the Ethnography Museum in Oslo.

The museum took over Arvid Andrén’s collection of Etruscan objects in 2002, according to the wishes of his heirs. Arvid Andrén had assembled his collection while working as a Professor at Lund University. He spent long periods of time in Italy, where he conducted ground-breaking field surveys in Etruscan areas. He was a renowned Swedish archaeologist with strong links to Norway as his wife was Norwegian (her maiden name was Karen Gulbrandsen). She was also a relative of Hans Peter L’Orange, the founder of the Norwegian Institute in Rome. The Andrén Collection is an important addition to the academic breadth of the Museum of Cultural History’s Collection of Classical Antiquities.

A pioneer of Norwegian archaeology, Ingvald Undset (the father of author Sigrid Undset) collected objects in Italy in the 1860s and gained renown as a connoisseur on a market that at that time had an abundance of antiquities. Ingvald Undset helped assemble the collection for the National Museum in Copenhagen, and promoted the foundation of a collection of antiquities in Norway. At one time, he discovered more than one hundred antique bronze buckles in an Italian art shop, and convinced Consul Peter Petersen to buy them and donate them to what was the Historical Museum at that time. Undset’s private collection was later moved to what is now the Museum of Cultural History’s Collection of Classical Antiquities.