Potentials and pitfalls of comparison in the understanding of the past

KHMs research council, in collaboration with the Museum of the Viking Age project, would like to welcome you to our interdisciplinary  seminar series. The seminars will address topics of general interest in the humanities and social sciences, also intersecting with content development for the new museum slated to open in Oslo in 2025. 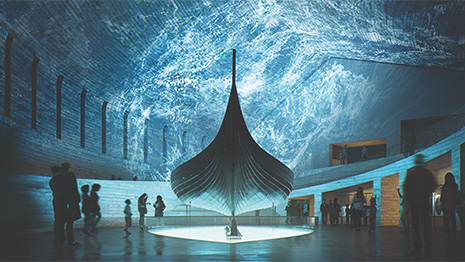 In an effort to explain to people what may be gained by comparing different societies spread across the globe, the anthropologist Frederik Barth once described the huge variation in beliefs, practices and social forms as the results of “experiments in living” (Andres liv – og vårt eget, Universitetsforlaget, 1991). What is common to mankind, what varies and why, are the kinds of questions into which  such “experiments” might be expected to yield insights through comparison.

But what about such “experiments” taking place not within living memory and in other places but in the distant past? Are such experiments comparable or may they be approached only on their own terms in order to avoid anachronistic pitfalls?  Is it possible and profitable for example to compare what in such terms might be called “Viking experiments in human being” with “experiments” that have occurred in other circumstances, at other times and in other places or which are ongoing in the contemporary world? And not least how might such comparison be undertaken and what stands to be gained and lost in the process?

In collaboration with the project group for the development of a new Viking ship museum and research center at Bygdøy, the Research Council of the Museum of Cultural History in Oslo invites you to share your reflections on the potentials and pitfalls of comparison as a methodology of producing  insights into past forms of human being in its vast variation in a seminar aimed at breaching the boundaries between the multiple  disciplines of our museum.

Programme to be announced shortly

The zoom link will be circulated the day before the seminar and published here in the morning of the day of the seminar.

This is the second seminar in the series.