Are Genes in Fact the Secret of Life?

SENKU is co-hosting The 8th Norwegian Conference on the History of Science, which is Corona-postponed until 2021. In lieu of the 2020-conference, the organizing committee have organized two webcast panels to adress current issues in the history of science. This is the first. 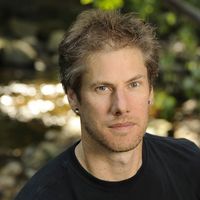 In James Watson’s famous story, Francis Crick burst into the Eagle Pub in Cambridge in 1953, shouting “We have found the secret of life!”—the DNA double helix. That genes are the secret of life is almost a truism. But is it true? Certainly, hereditary lineage has a long history of defining one’s social role. Still, the idea that your genetic inheritance defines your true self does not stand up to scrutiny. For more than a century, a hereditarian concept of identity has proven a potent social tool: of maintaining an oppressive social order, as in eugenics or modern-day hunts for “crime genes.” Some say that the uniqueness of each human genome provides a biological basis for individualized, personalized treatment. In medicine, some advances have been made. But social and behavioral genetics, in neoliberal society, all too easily becomes a tool for marketing and surveillance. There is, however, an alternative—one that does no damage to the science. Instead of the secret of life, genes can be understood as one member of a web of causes and potentialities that together shape the self. Current research finds that DNA does influence complex social behavior, but it does so through tiny variations (SNPs) that act in packs of hundreds if not thousands to partly explain the trait in question. Evidently, for social behavior, no single gene is very important. Further, you are much more than your genes. Temperament, metabolism, tastes and smells—a good deal of what makes someone unique—depend on the microbes that coat and fill our bodies. Moreover, epigenetic variations—reversible, sometimes heritable, modulations in the DNA—permit the same DNA to have very different effects from one context to another. The flexibility, modularity, and responsiveness of DNA domains has caused some scientists to question whether “the gene” is even still a useful concept. Watson now says he invented the pub story for dramatic effect. We can refashion our narrative, too. Drawing on examples spanning from early twentieth-century Mendelism and eugenics to contemporary genomics, microbiology, and epigenetics, I’ll examine the origins, development, and implications of the hierarchical gene concept, and suggest an alternative way of thinking about the genome. Changing only our presumptions, we could move DNA from the base of the pyramid to a node in a network. It would have social consequences. If we remove the hierarchy that privileges genes as the essence of the self, insidious uses of genetics, such as eugenics and scientific racism, become untenable.

The 45 minutes lecture will be followed by a panel conversation moderated by Jon Røyne Kyllingstad.

Kyllingstad is an associate professor in history of science at the Museum of University and Science History, University of Oslo and member of the program committee of the 8th Norwegian Conference for the History of Science.

For any queries regarding the webcast panels or the postponed conference, please check the conference website or contact: norvithist@outlook.com

Nathaniel Comfort is Professor of the History of Medicine at Johns Hopkins University. He has written extensively about the history of human genetics and the relationships between attempts to understand human heredity and to “improve” humans. Professor Comfort will hold an online lecture followed by a panel session open to the public. The event is arranged in cooperation with and funded by the Science Studies Colloquium at the University of Oslo.

Dag E. Undlien is professor at Oslo University Hospital (OUH) and head of the Department of Medical Genetics. He is one of Norway’s leading experts on genetics and epigenetics of monogenic and multifactorial diseases. Author of Dine geniale gener - fortellingen om arvematerialet vårt og tidenes største medisinske revolusjon (2018)

Kristine Lillestøl is a medical doctor at the Department of Medical Genetics (OUH). She has studied history, history of ideas and literature and  done a postdoc-project in history of medicine focusing on the history of the diagnosis neurasthenia in Norway from the 1880s to the present.

Ageliki Lefkaditou is a historian of science, writing on the history of physical anthropology, human population genetics and race from late 19th century to the present. She is also interested in the public understanding of science and science communication. She has a PhD from the Department of Biology, Aristotle University of Thessaloniki, and is currently completing her second PhD in the history of science at the University of Leeds.