The Rail Changed the Land: It Will Never be the Same. 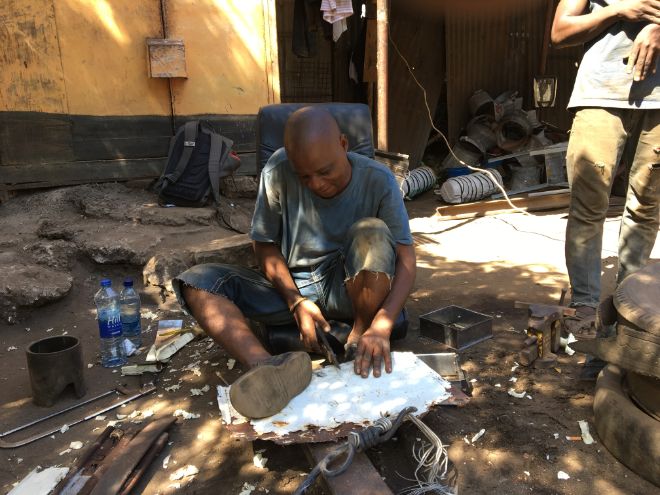 "As the Industrial Revolution began, when the railways came, they brought something radical, not just a change in journey time, improved economic links. The railways changed the land. Lands had to be reshaped, trees had to be cut, sleepers laid, cuttings carved out, and valleys banned. This is the power of our science and genius made real with steel. We've bent nature to our will now, there are no limits." Chris Fernandes-Packham

Indeed! We have conquered nature, and life on the planet will not be the same. What Chris forget to mention, nature has not bent to our will. The nature retaliation to our genius will come as soon as two centuries after the invention of the railway. However, the power of science is relevant in addressing the consequences of railways today.  What has rail changed in the world (s)?

Tanzania then Tanganyika was not spared by railways. Soon after German occupied Tanganyika, railways construction became a pivotal instrument for exploiting raw materials from the colony. However, a century later, the railways have deteriorated and left to ruin, tracks disappeared, and the locomotives are being slowly swallowed by nature. Nevertheless, that piece of steel is found in iron craftsmen workshops in Dar es Salaam. The rail gauge has become a primary tool in transforming defunct electronics to new lives. The gauge not only is used to shape and cut objects, but it also influences power structures, property relations and entitlements. Its formidable strength, heaviness and the ability to stay on the ground have attracted serve the crafting purpose. On its edges, obsolete electronic waste is dismantled, refurbished or refused.

In this talk, I want to think with a rail through history and its continual negotiations that influence social-cultural encounters, economic activities and landscapes entanglements in Tanzania. I hope this ethno-history endeavor will contribute to the discussion around on going discussion on localised Anthropocene.

Samwel Moses Ntapanta is a PhD fellow at the Department of Social Anthropology, University of Oslo. He is part of the AnthroTox, an interdisciplinary project on Persistent Organic Pollutants (POPs) and electronic waste in Tanzania as well as in Norway. Samwel´s PhD project focuses on informal e-waste economies encounters through repairing, repurposing and reusing, its entanglement in urban landscapes and social-cultural values that emerge out of electronic discards.